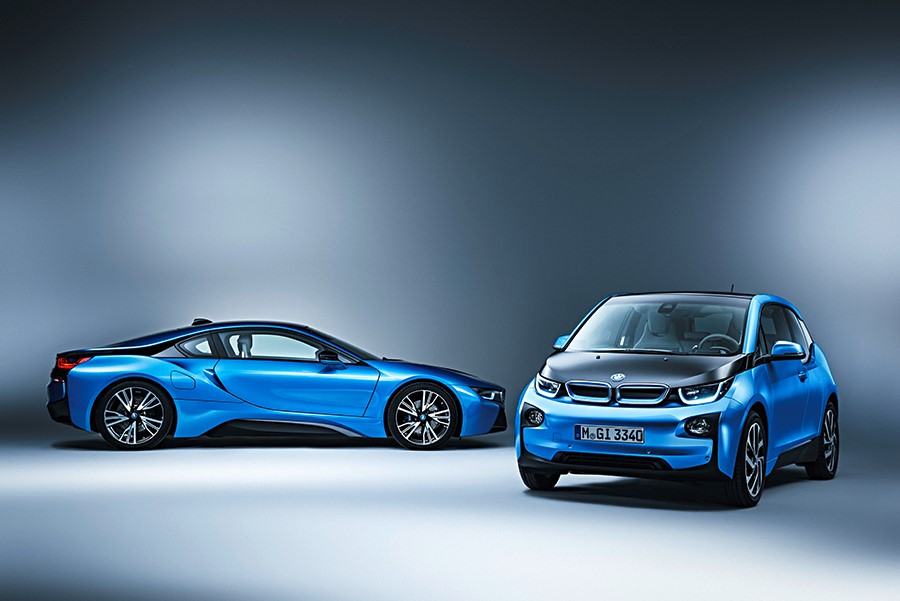 On the Heels of Tesla, Carmakers Respond

In an industry where the big players have been around for a century, Tesla is the new kid on the block. Within a decade, Tesla has become the face of the electric car movement. Their innovative designs and business strategies have put Tesla on the map, and other luxury car brands are starting to take notice.

This is good news for those in the market for a new electric car. While the current options are severely limited that won’t be the case for long. As more high-end luxury car brands start reacting to Tesla’s success, finding the right look and feel for your new electric car will be a much easier process. Consider just a few that are coming:

Porsche’s first all-electric car, the Mission E, will begin production in 2020 after the luxury car brand invests $1.09 billion in new manufacturing facilities. The predicted range and charging time are on par with other luxury vehicles debuting soon, but Porsche is a good option for those who have a need for speed. It is reported that the Mission E goes from zero to 60 in just 3.5 seconds. While that is still one second slower than the Tesla Model S, Porsche has proven with the 918 Spyder that they have the ability to break speed records, and they have years yet to finesse the design of Mission E.

SEE ALSO:  How to Design a Bentley that is Uniquely Yours

Chinese technology company LeEco and Aston Martin have partnered to transform the Rapide S into a fully electric vehicle titled the RapidE. This luxury vehicle should debut in 2018. Andy Palmer, Aston Martin’s CEO, said in an interview that the company’s goal is to trail blaze electric car development, "I would argue that Tesla fits in the premium market, competing with the likes of BMW and Mercedes. Aston sits above that." The RapidE is projected to have a 200-mile range initially.

If you’d rather not wait until next year, the BMW i3 is available now. This space-age style car is constructed from Carbon Fiber Reinforced Plastic, which is as strong as steel but far lighter in weight. However, if you really want to turn heads with your vehicle, you should consider the BMW i8, a sleek, plug-in hybrid model that gets you from zero to 60 in 4.2 seconds.

Jaguar is also jumping on board the electric train with their highly anticipated I-PACE Concept, scheduled to be on the road toward the end of 2018. Jaguar’s plans for the I-PACE Concept include 516 lb-ft of instant torque and 400 HP. In about 4 seconds, you’ll be able to go from zero to 60 mph. On a single charge, the Jaguar SUV’s lithium-ion battery will allow you to drive nearly 220 miles. You’ll be able to see the I-PACE Concept in the FI Formula E Championship racing against other electric sports cars.

Audi’s first all-electric SUV is projected to hit the market in 2018. While not many details have been revealed about the new model, it is reported to have a 300+ mile driving range, a 95 kWh battery, and three electric motors. The e-tron quattro will have built-in pilot technology that can take over driving for you. The system utilizes radar sensors, ultrasonic sensors, a laser scanner, and more to create a full model of the vehicle’s surroundings at all times, then reacts automatically to the environment. As far as charging times go, Audi claims the e-tron quattro will fully charge in about 50 minutes.

As excited as we are about the options listed above, many other possibilities are coming to the luxury car market in the next few years. So before you resign yourself to getting the Tesla Roadster or Model X, take a few moments to find the brand that fits your style.

Interested in staying on top of the latest in luxury news? Subscribe to our monthly Learning Journal.