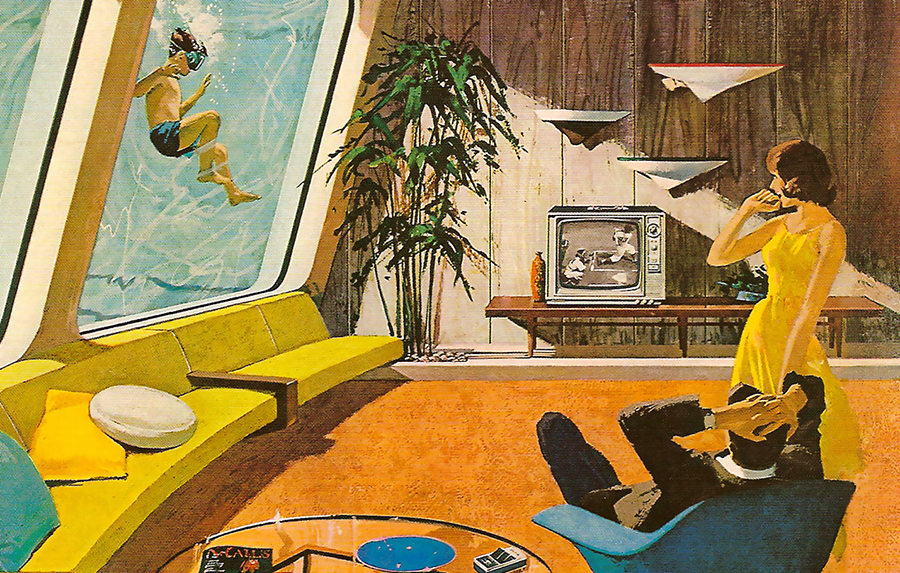 How Far We’ve Come: the Evolution of Smart Home Automation

Exploring the Innovations of Modern Technology

Back in the ‘60s and ‘70s, the idea of a smart home was pervasive throughout science fiction movies and television. Shows like the Jetsons depicted homes full of robots and wall-to-wall devices, where all you had to do was push a button, and the smart technology throughout the home would automatically fulfill your request.

During that time, the reality of smart home automation technology was nowhere near the expectations set by these science fiction shows—the devices were clunky, loud, and quite limited in functionality. Fortunately, that’s no longer the case. While we might not have flying cars yet, modern advances in technology have gone far beyond the smart homes envisioned in the 1960s.

It’s true that many of these science fiction marvels have become a reality, but the priority of new technology has shifted away from function in order to focus on form, with user experience now at the forefront of innovation.

So what does that mean for luxury homeowners throughout the Dallas, Texas area? Let’s take a look at just how far smart home automation has come.

SEE ALSO: What is Life Like Inside an Intelligent Home?

Seamless Blend of Technology and Design

In 1966, the first home automation machine debuted. ECHO IV was a machine capable of creating shopping lists, adjust the temperature, and turning off appliances. Sounds like useful features, but there was a problem: ECHO IV was huge and slow. The effort it took to use ECHO IV outweighed the benefit of owning it. Plus, who wants to clutter up a counter with a clunky piece of machinery?

Forget the cold, metallic look predicted by the Jetsons or the bulky devices from the 60s—modern home automation systems are designed to blend into whatever style of home you like most. You can enjoy your smart home without dealing with any devices beyond a smartphone or tablet in your hand. Hidden technology makes it possible.

Your Home, Your Way

Perhaps one of the most famous representations of a smart home in media was the 1999 Disney hit Smart House. The movie featured a fully automated home with artificial intelligence that took on a life of its own. As amusing as the premise was, it depicted the opposite of one of the modern smart home’s greatest features: the ability to create an environment perfectly fitted to your lifestyle and preferences. At your command, your home responds instantly.

CES 2017, the largest consumer electronics show in the world, occurred last month, and the big feature that everyone was showcasing was voice control. The ability to manage your home with a single spoken command is a refreshing addition to current smart home features. Devices such as Amazon Alexa and Google Home provide basic voice capabilities, but the technology is ripe for innovation. Just last year, Mark Zuckerberg announced that he had created his own voice-controlled AI, aptly named Jarvis, that could manage smart devices, play music, and even interact with Zuckerberg’s daughter and pet dog.

No one can predict the future, but we can say with some certainty that smart home automation is on a path toward even greater convenience and comfort for homeowners, and BRAVAS intends to be at the forefront of those breakthroughs.

To explore how smart technology can integrate flawlessly into your home, contact a local BRAVAS partner today.