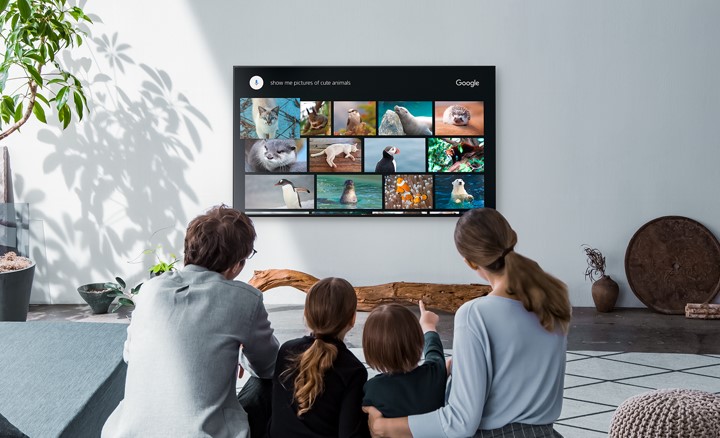 By now you’ve heard the buzzword: 4K is the only way to watch your favorite movies and shows.

But achieving true 4K ultra HD as part of your home theater setup can be more difficult than it appears.

You need a network that can support the resolution, you need the appropriate sources, and you need the right components to display it.

In this blog, we’ll focus on the latter. If you’re in the market for a new Sony 4K video display, you’ve come to the right place.

Unlike TV displays, projectors were a bit slow on the uptake when it comes to 4K.

But Sony remains at the forefront, producing some of the world’s first 4K projectors for home use.

They’ve continued to offer some of the best top-of-the-line products – and managed to make them more affordable in the process.

Their 4K SXRD Home Cinema Projector is one of the most intriguing pieces of equipment on the market today.

Featuring full 4K UHD imaging, HDR, 1500 lumens and a motorized lens feature, it’s a versatile component that you can enjoy in many home theater environments.

It’s also natively capable of 3D presentation, so you can enjoy your favorite 3D content without another device.

One of the most popular devices in Sony’s current line is their 4K Ultra Short Throw Projector.

Unlike a traditional projector, which sits behind the viewer and fires forward, the short throw sits almost directly up against the wall.

But despite its small size, it still packs a punch.

You can enjoy full 4K, HDR and a 147-inch image display in just about any sized room.

Also, the projector itself is hidden within a stylish cabinet, so you won’t have to worry about clunky components cluttering your spaces.

Some homeowners enjoy a non-traditional home theater, which might mean using 4K televisions rather than the standard projector.

If that’s the case for you, Sony’s got you covered.

That means you don’t just have a way to watch your favorite video content, you have a truly smart TV.

Integrate many of your favorite smart home features with your TV, including operational controls and surveillance equipment for a completely centralized video display.

Want to learn more about Sony products for your home theater setup?

Just click the button at the bottom of your screen to chat with a live professional right now.