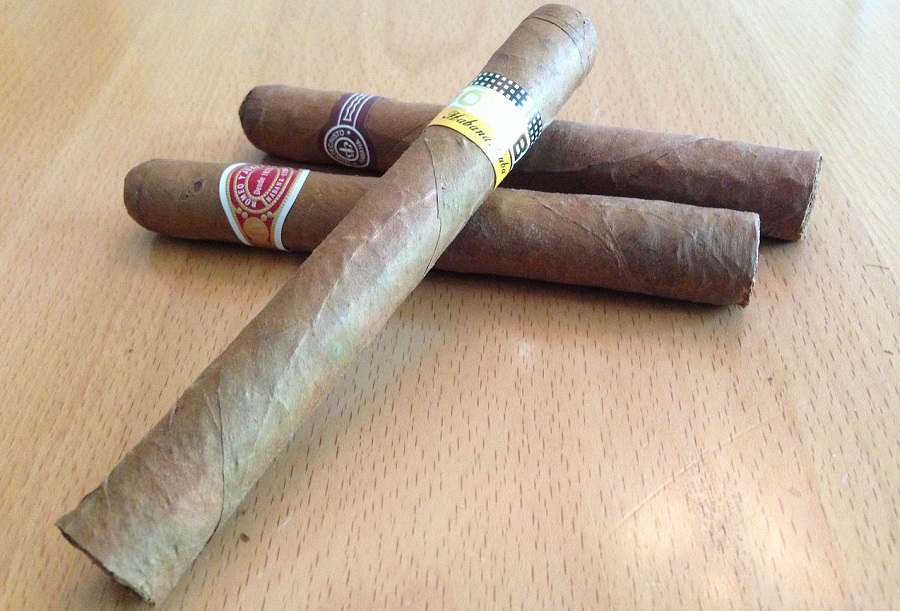 A Taste of Cuba: The Best Cigars on the Island

Much of the allure behind Cuban cigars has to do with their illicit nature. The United States embargo against Cuba prevented Americans from bringing home the cigars, regardless of where they were purchased. In 2014 the limit was eased allowing travelers to bring home just $100 worth of Cuban cigars. In October the White House announced that it is lifting more sanctions against Cuba, meaning Cuban cigars and alcohol being brought back to the U.S. will fall under the same importation rules as products from other countries. Cigar aficionados don’t expect this will impact the quality the cigars known for the purity of their Caribbean tobacco and their expertly hand-rolled design.

As more American travel to Havana, Cuban cigars are sure to become a popular holiday gifts. In this article, we highlight the top two producers along with their best offerings. While both companies have moved much of their production to the Dominican Republic, you can still find these classic offering on the island.

The most famous brand on the island was reportedly created specifically to meet Fidel Castro’s personal tastes. Initially, these cigars were offered as gifts for visiting heads of state; now they're some of the most expensive in the world. They have a subtle taste of vanilla, cocoa, and coffee. Best known for their medium-bodied blends, they also offer a variety of stronger selections for enthusiasts and milder options for newcomers.

Founded in 1935, this is the best-selling cigar brand in the world. They offer the most diverse line of products, from powerful mixes for aficionados to mild, smooth counterparts for the novice. Aside from the hints of cocoa, vanilla, and coffee, their blends often have sweeter, even fruity flavors. The name comes from the old tradition of reading stories to cigar rollers as they worked, a popular one being The Count of Monte Cristo.

Whether you want to give friends a taste of history or offer strong flavors to the cigar aficionados in your life, Cuban cigars can make a great gift this holiday season. There’s nothing quite like ending the season of celebration with a creamy cigar out on the patio with your closest friends. Read more from our library of bespoke articles.