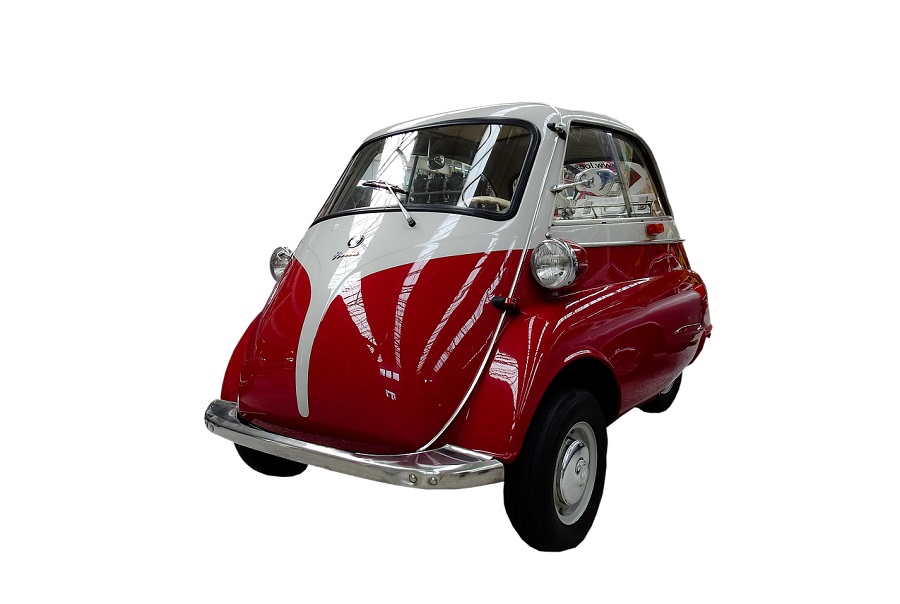 A Full-size Look at the Magnificent World of Microcars

When it comes to car aficionados, there are a lot of reasons why collectors gravitate toward specific models. Sometimes it’s about the muscle; hearing the roar of an old engine can produce chills for nearly any enthusiast. The search for the ultimate collectible can also be about nostalgia, with many cars coming to represent specific eras. Sometimes, car aficionados are just looking for something a little bit strange. Vintage microcars appeal to the last two types of collectors, offering a look back at post-war Europe while offering a unique take on the typical car collection.

What is a Microcar?

Micocars are small low production, high fuel efficiency automobiles that were most popular in the 1950’s with BMW, Biscuter, Goggomobil and Messerschmitt being the top producers. Many of these came out of necessity as war-torn countries looked to small economic designs to deal with economic downtowns and material shortages. No microcars have been produced since 1998. While the Smart Car is the closest modern rendition, it doesn’t technically fit the definition due to its weight and horsepower.

SEE ALSO: How to Design a Bentley that is Uniquely Yours

Why Have They Become so Popular?

From the start, microcars have been popular collectibles because of they’re uniqueness. This was the explanation given by notable microcar collector Bruce Weiner when talking to Velocity Channel’s Wayne Carini. Not only is it fun to chase down specific models, but they’re also sure to become immediate conversation starters when you drive them down the block. An added benefit? These cars are generally easy to restore and even easier to store. A sub-category that has become popular in recent years are called ‘beach’ cars. These are small, open vehicles that resonate with the laidback beach lifestyle.

What Are Their Value?

Since the microcar category is so extensive, there are great variations in cost. If we’re sticking to the vintage models typically favored by collectors, a replica can go for as low as $2,000. Original models typically range between $20,000 and $40,000 though those in pristine shape can fetch more than $100,000. When Weiner auctioned off his famous connection in 2013, the highest bid went to the 1958 F.M.R Messerschmitt Tiger which stands out for its performance—originally designed to be a sports car—and its rarity with only 150 reportedly left in the world.

What Are the Most Popular Models?

When it comes to microcars the Messerschmitt line is the most iconic. Their car/cycle hybrids had an interesting origin. Messerschmitt was best known for creating fighter jets prior to World War II. When they were banned from creating aircraft after the war, they turned to these models which were only produced until 1964 when the company once again turned its focus to aviation.

The other flagbearer in the microcar movement was the BMW Isetta. The Isetta was an Italian-designed microcar known for its egg shape that was licensed to various countries. It’s most famous variation came through the German manufacturers who made it the top-selling cylinder car in the world in 1955. One of the coolest things about the car? To get in you lift the entire front panel of the car.

If you want to take a closer look at some of the strangest microcars in the world, you can still do a virtual tour of the former Bruce Weiner microcar museum.